With ever-growing demand for multimedia creation and consumption, memory cards are possibly the most indispensable accessories for mobile devices (of course if a smartphone or tablet has a compatible slot). One of the key selling points of many Android™ based smartphones and tablets was always their possibility to expand their storage using memory cards. When users are on the edge of running out of storage for their favorite movies, songs or pictures they can simply bump it by throwing in a memory card, available to buy in almost every corner store.

Due to today’s huge market fragmentation and number of performance standards, users who are looking for a correct memory card for their smartphone or tablet can easily become confused. Additionally, adoptable storage function, announced together with Android Marshmallow back in 2015, requires a certain performance level, that limited number of memory cards could achieved until now. 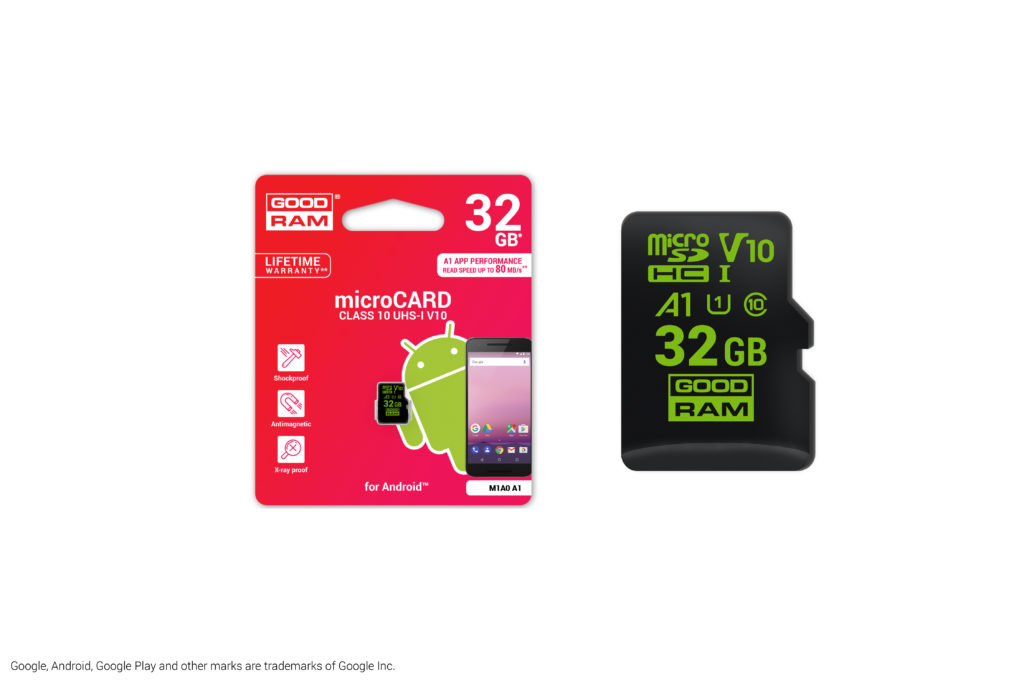 Adoptable Storage is a function that was first introduced in Android Marshmallow 6.0. It allows a removable storage to act as an integral part of the device’s built-in memory, by simply merging both storage areas into a single storage pool. When your removable storage is adopted, it’s formatted and encrypted to only work with a single Android device at a time. Unfortunately, it can be no longer used to move data between devices but it can now safely store both apps and private data, using 128-bit AES encryption and Ext4 file system.

As soon as users insert their external storage, they are prompted to choose the operation mode. They can choose to use it in a “traditional” way and have it act as a portable media to store and move files between devices or adopt it. If they decide to adopt it, their memory card or USB drive will undergo the encryption process and the OS will dump selected app data to it to free up some valuable space on the device itself. Some manufacturers and application developers are limiting their support for this function but it’s expected that this will change in favor of it.

Is my external storage adoptable?

According to the specification any external storage media, as long as it has the compatible interface, can be adopted. As the adopted storage becomes an integral part of device and stores critical data, it is not recommended to use this function for any storage that can be easily removed, e.g. OTG USB Flash Drives. It is strongly advised to use adopted media only in stable and safe locations, such as memory card slots – especially the ones hidden behind the battery compartment or under cover. Some devices have the same looking slot for SIM and memory cards so additional attention is advised.

Is my memory card fast enough?

During the adoption process, Android will run benchmark to verify the performance the memory card and compare it against device’s internal storage. Test verifies the real-life performance, which can be expected when apps are installed outside the internal memory. If memory card is not fast enough, test result will yield a warning that the user experience may be affected. Some devices may even restrict the memory card from being adapted if it’s too slow.

Recently, SD Association has announced SD 5.1 specification, which introduced the Application Performance Class. The App Performance Class specifies what kind of parameters memory card should possess to provide the seamless experience when using the adoptable storage function. Currently there’s only one class tier (A1) with more to follow within next years to address the new market challenges. A1 compliant cards deliver minimum 1500 random read operations and 500 write operations per seconds (IOPS) while maintaining minimum sustained sequential write of 10 MB per second.

The App Performance Class 1 symbol placed on all compliant memory cards, helps customers to choose the right card for their Android™ device. Memory card manufacturers can now easily communicate the performance of their memory cards, using only one symbol.

GOODRAM M1A0 A1 microCARD is an A1-compliant memory card designed for Android™ devices in mind. It is based on the UHS-I interface and can deliver up to 80 MB/s read speed which makes it a great solution not only for apps but for multimedia as well. Compatibility is not only limited to mobile devices with certain OS version. It can be used in any SDHC compatible device. GOODRAM M1A0 A1 cards are shock, x-ray and water proof. They can operate in temperatures between -25° and 85°C and store data in temperatures between -45° and +85°C. All these features make M1A0 A1 a stand-out product, tailored specifically for mobile applications based on Android™