Wilk Elektronik SA, the producer of the GOODRAM brand is celebrating its 30th anniversary 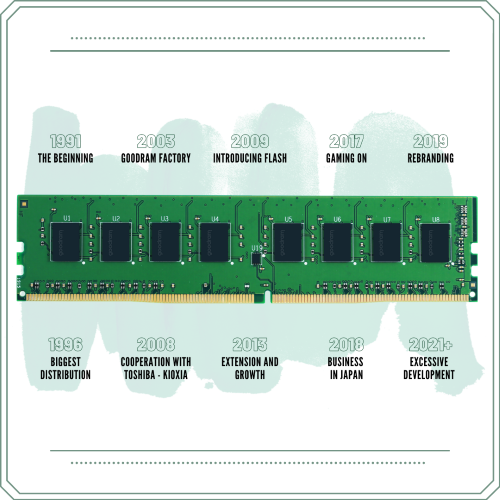 Wilk Elektronik SA is a unique company in Poland and Europe.

The owner of the GOODRAM computer memory brand is currently the only manufacturer of consumer-grade DRAM modules with its own production facilities in Europe.

While over the years the market has consolidated, and other producers of memory modules have disappeared from Europe, Wilk Elektronik has broadened its product range and invested in the development of the factory in Łaziska Górne in Silesia.

Currently, GOODRAM stands at the podium in terms of market position and sales of SSDs and DRAM modules in Poland, and the manufacturer of this brand is celebrating its 30th anniversary. 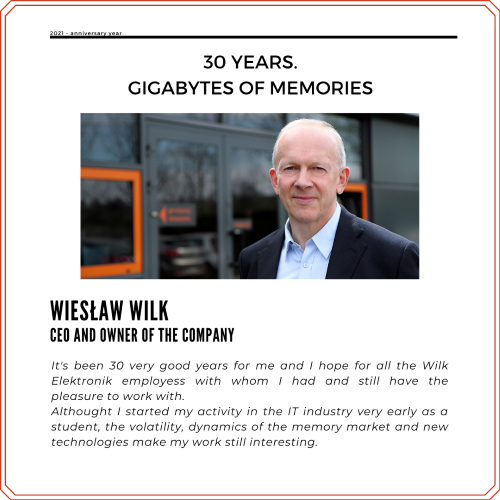 In the 1990s, like many companies taking their first steps in business operations back then, we started with a one-room office and one employee, besides myself.

To sell our memories we used all the sales platforms – as we would call them today – that were available at the time, for example, the unforgettable computer marketplace in Katowice or Kraków.

We also delivered the memory modules ourselves to customers who still remain our partners and became the leading IT distributors in Poland – reminisces Wiesław Wilk.

The fact that the courier carrying our goods fell victim to bandits disguised as police officers can prove how great the material value of memory modules was back then! The goods were lost, but fortunately, the courier has come out of that unpleasant adventure unscratched. 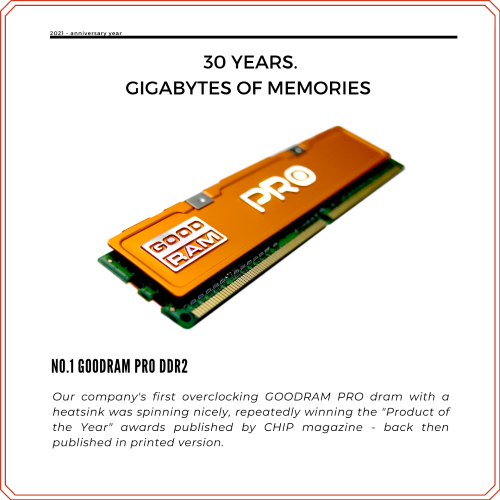 With the start of the new decade, we were already certain that we want to go beyond the borders of Poland with our brand and to provide the customers with a high-quality product.

This was only possible with our own production and a product whose quality could be controlled at every stage of its creation – says the owner of the company.

The idea of opening own factory had come up.

The opening of a factory was made possible thanks to the partnership established with Qimonda – one of the largest manufacturers of DRAM memory chips at the time. The relationship impacted not only the company’s image, but it also provided the technological basis for launching a factory two years later, in 2003.

In the same year, the first GOODRAM DRAM memory module came off the production line in Łaziska Górne, and soon later, as intended, products of the Polish brand were also available on export markets.

The products that gave us wings and carried us beyond the national borders are indisputably the DRAM modules. Initially the standard modules, and already in 2006 – the overclocked GOODRAM PRO with the iconic orange heatsink bearing the logo of our brand.

Anyone who follows our products and the names of the product lines can guess how sentimental we feel about this particular model – laughs Wilk.

Becoming a partner with Toshiba 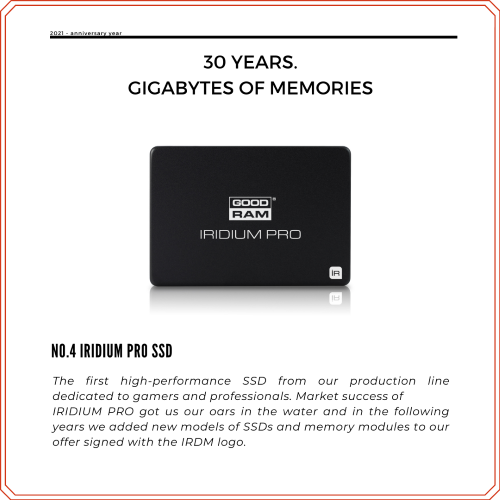 Thanks to this alliance, the Polish memory manufacturer gained access to the best Japanese Flash technology and enriched its portfolio with memory cards, USB flash drives, and in 2009 – SSDs. 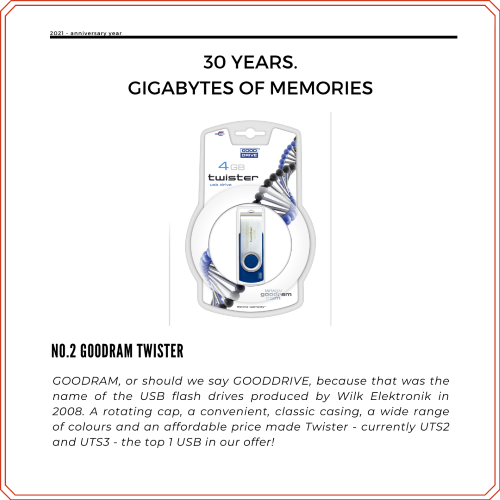 The last 10 years have been a real technological rollercoaster.

Thanks to modernizing the SMT line, we increased the production capacity and we are in the possession of one of the best surface-mount technology assembly lines in Europe.

We have expanded our test centre and added new test platforms for consumer-grade as well as industrial-grade memory modules. These are validated in the  environmental chamber and they undergo dedicated performance tests. Our portfolio includes consumer-grade GOODRAM products, GOODRAM Industrial – solutions for the industry, but also GOODRAM for AD – products dedicated for the advertising business.

However, first and foremost, it includes the IRDM brand, which provides high operating parameters but also the above-average product design. It is worth noting that both the packaging and housing are designed by our team – Wiesław Wilk concludes.

Plans for the future 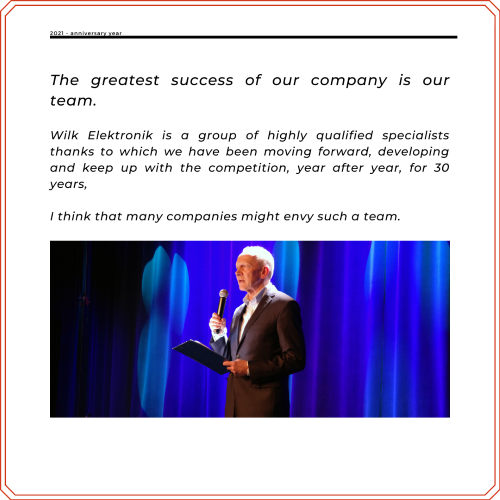 2021 is going to be a ground-breaking year for the company not only because it is the year of its anniversary.

The planned increase in sales and employment has forced the Polish company to modernize its infrastructure. The expansion of the company’s warehouse, production and office space is scheduled to begin as early as in spring. Along with the expansion, the owner has announced a number of innovations in production and management.

Above all, after a difficult year of 2020 for all of us, and the changes in the organization of work forced by the pandemic – as a team, we would like to return to our normality, therefore, we are starting the new year with optimism attributed to the jubilee– says the CEO of the company.