IRDM memory cards are designed for users, who expect high level of performance and reliability. Based on the UHS-II U3 standard, they reach up to 280 MB/s read and 110 MB/s write speed. This enables IRDM cards to meet the V60 Video Class Speed. It guarantees smooth recording and processing of 4K media. 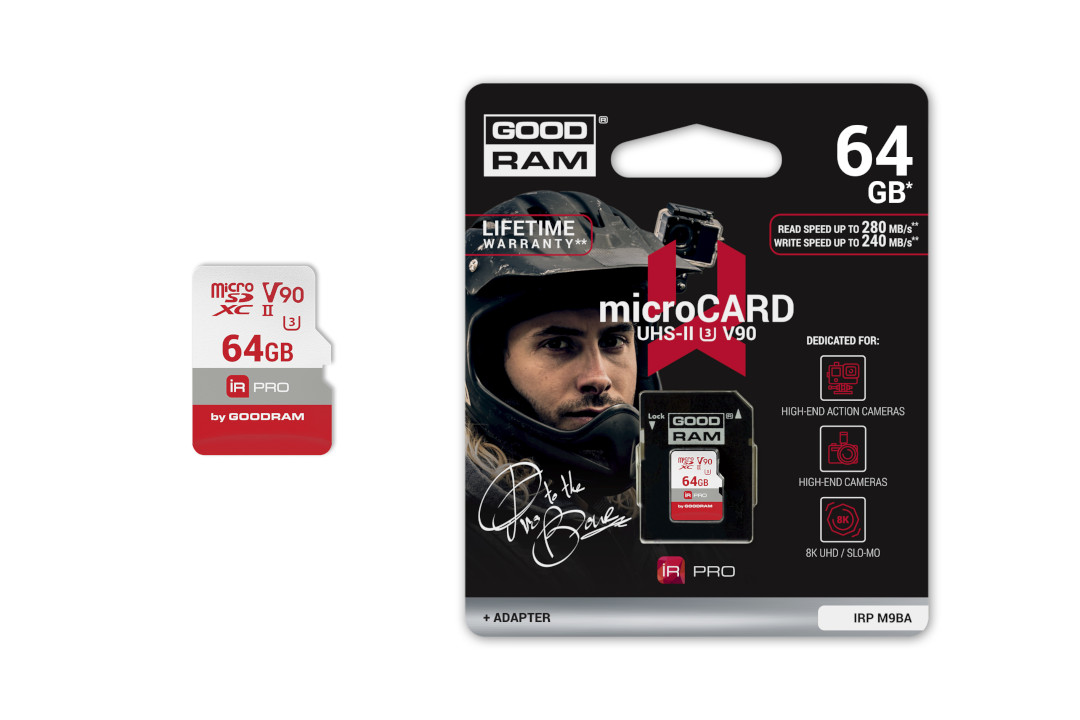 IRDM memory cards are based on MLC NAND flash which translates in up to 30x better write endurance vs. average memory cards. They can operate in temperatures between -20°C and 85°C and store data between -45°C and 85°C. IRDM PRO memory cards are dedicated for the most demanding users. Comparing to IRDM, PRO version can achieve better write speeds (up to 240 MB/s) while meeting V90 Video Class Speed. It enables to record 8K videos and shoot RAW/JPEG photos in fastest burst-modes. One of the main features of IRDM PRO memory cards is the use of pSLC (pseudoSLC) NAND Flash, designed to withstand the workload of the most intensive applications – usually industrial or enterprise. With this type of NAND, IRDM PRO is up to 10x more resistant to writes vs. professional cards based on MLC NAND and even up to 300x more resistant to writes in comparison to consumer cards based on TLC NAND. Just as IRDM memory cards, IRDM Pro lineup can operate in extended temperature range. IRDM memory cards are available in SD and microSD form factors and capacities up to 256 GB for IRDM and 128GB for IRDM PRO. All microSD cards are supplemented with UHS-II compliant SD adapter. Just like all other GOODRAM memory cards, they are covered under manufacturer’s support and lifetime warranty.